Writing and speaking in Hindi can be a challenge for many. Knowing how many letters there are in the Hindi language is essential for mastering it.

With the help of this article, readers will gain an understanding of how many letters are present in the Hindi Varnamala, or alphabet.

Additionally, readers will learn about the origins of the alphabet and its significance to the Hindi language. 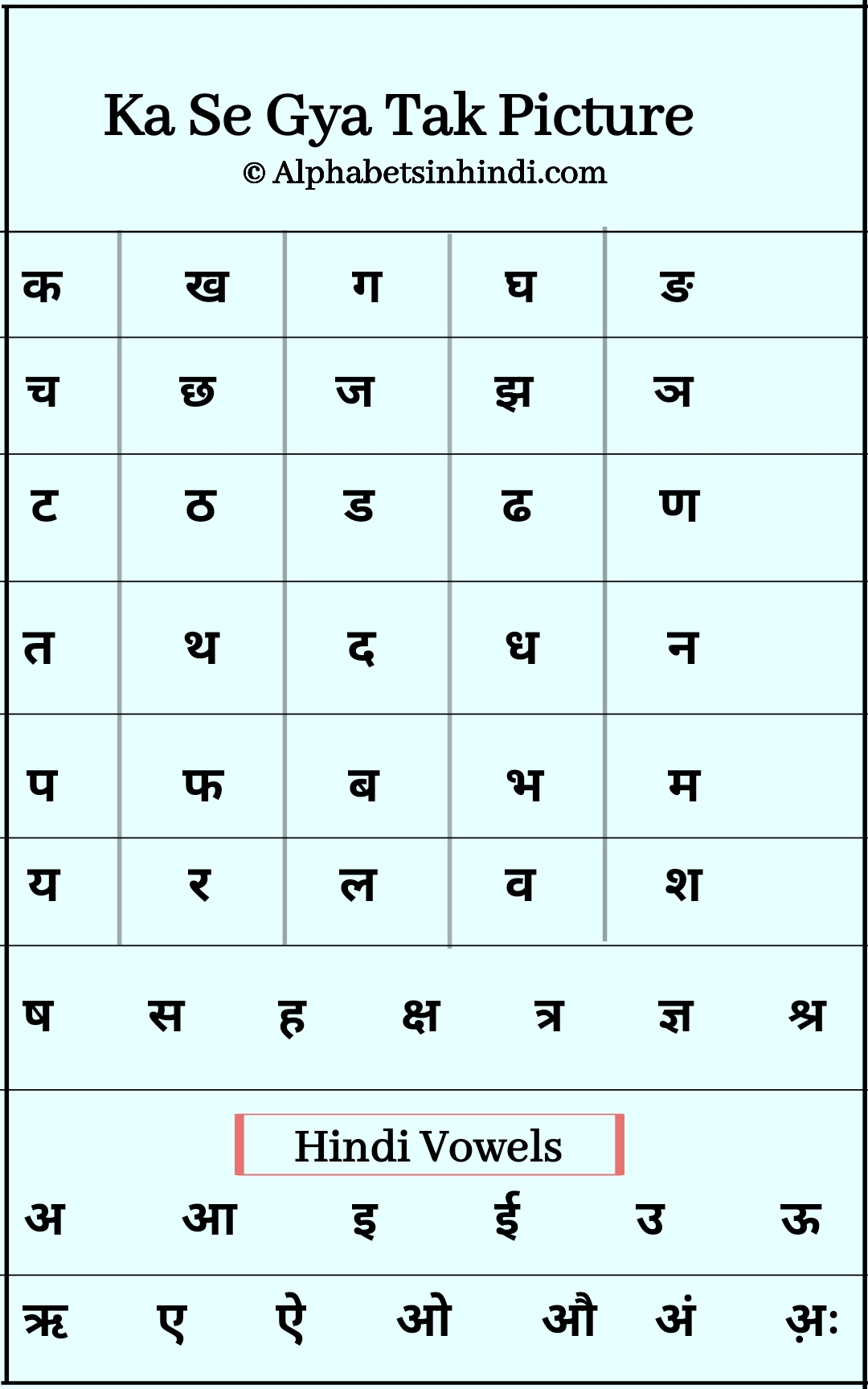 Hindi is one of the most widely spoken languages in India and has a long history. It is also known as the Devanagari script, which consists of 45 alphabets based on pronunciation.

This Varnamala script is used to write both modern and classical Hindi. The Varnamala consists of 52 alphabets on the basis of writing, with some letters having multiple forms depending on their position in a word.

The main aim behind assigning these categories was to simplify writing for students so that they could recognize words by their sounds rather than by reading them character-by-character.

How Many Letters In Hindi Varnamala? With Evidence

The Hindi Varnamala, or alphabet, is one of the most fascinating and ancient writing systems in India.

It consists of 52 letters, including 13 vowels, 33 consonants and 4 combined consonants, as well as two binary consonants.

Each letter has its own distinct sound and is associated with a phonetic symbol. This system of writing enables readers to understand the meaning of words without ever having to learn the script.

Hindi language learners must first learn each individual letter before they can form words out of them. The vowels are written in both lowercase and uppercase versions while the consonants are written only in their lowercase forms.

There are also special diacritical marks used to differentiate certain letters from others that have similar sounds or spellings.

There are 52 Letters in the Hindi Alphabet: 5 Proofs

Yes, there are a total of 52 letters in the alphabet of the Hindi language. I have brought five proofs for you so that you can be sure of this.

First – The website of Rajya Sabha of India has also described the total number of 52 letters in the alphabet of Hindi language. You can check yourself by clicking on this link.

Second – A total of 52 characters of the Hindi alphabet have also been described in the website of Indian Post, which you can read yourself.

These are all official websites of the Government of India or the State Government, on which you can completely trust with your eyes closed.

How Many Consonants Letters In The Hindi Alphabet?

The basic type consists of 33 different consonant characters while the combined type is composed of four distinct symbols that represent two sounds.

Finally, the binary type consists of two separate characters that combine to form one sound. When all these types are added together, it totals 39 different Hindi consonant characters.

Hindi has a rich and beautiful language system with its own unique set of rules and regulations regarding proper pronunciation and spelling conventions.

By understanding how many total Hindi consonants there are, it becomes easier for learners to understand the language structure when speaking or writing in it.

How Many Vowels Are There In Hindi Alphabet

Hindi language has a total of 13 vowels. Out of these, 11 are known as basic vowels and the remaining 2 are Anusvara and Visarg.

Aa is a short single vowel sound that has no other simultaneous consonants associated with it. The other 10 letters have combined vowel sounds with one or more consonants to form them. These 11 basic vowels form the primary set for vocalization in the Hindi language.

The Whole World Asks: How Many Letters In The Hindi Alphabet

The whole world asks: How many letters are in the Hindi alphabet? This is a question that has been asked for centuries as Hindi is one of the most widely spoken languages in the world.

With over 500 million speakers, it’s no surprise that people from all corners of the globe are curious to know how many letters make up this ancient language.

Hindi consists of 13 vowels and 39 consonants which add up to a total of 52 basic symbols. Many also choose to write in Devanagari script which is an abugida script used for writing Sanskrit as well as several other languages such as Marathi, Nepali and Konkani.

India is a country with a rich cultural heritage, and one of the most important elements of this heritage is its famous scripts. These scripts are so intricate and complex that they represent many different aspects of life in India.

The Hindi alphabet is one of the most iconic and recognizable script systems in India. It contains several unique characters which have been used for centuries to record information about Indian culture, history and philosophy.

Through a journey into the depth of India’s famous scripts, we can explore how these characters evolved over time and why they remain relevant even today.

We will discover how symbols from ancient Indus Valley seals found their way into modern day languages like Hindi. We will also observe how these symbols were used to create words that are still used today by millions across the nation.

India has one of the oldest written languages, and the Devanagari script is a key component of this ancient tradition.

Often seen on temple walls and signs around India, Devanagari is a beautiful script that has been used for centuries to convey spiritual teachings, literature, and more.

For anyone who wants to explore the rich history and magical beauty of India’s ancient writing system, learning about Devanagari is essential.

The history of Devanagari dates back over two thousand years, with its origin traced back to the Ashoka Empire period in ancient India.

Over time it developed into a full alphabetical script made up of 48 letters and nine numerals which are still used today.

It was first used in religious texts such as scriptures from Hinduism and Buddhism before being adapted for other types of literature such as poetry or prose.

Learning a new language can be intimidating, especially if it’s one with a completely unfamiliar alphabet system. The Hindi language is no exception, and many people face difficulty mastering its complex script.

However, there are some surprising techniques that can make learning the Hindi alphabet easier and less overwhelming.

With the right tools, understanding the nuances of each letter quickly becomes second nature.

Learning resources such as online lessons and flashcard apps offer interactive ways to engage with material while providing useful tips for mastering pronunciation and writing skills.

In addition, writing out each letter several times in practice sheets or on blank paper helps cement their forms in your memory.

Furthermore, trying to recognize words containing letters you have learned previously is another great way to help familiarise yourself with more of the text’s characters.

Most letters in the Varnamala are derived from Sanskrit Devanagari, however some are unique to Hindi.

These alphabets can be divided into vowels, consonants and independent letters known as ‘shuddha’ vowels. Each letter has an inherent sound that cannot be changed or altered while speaking Hindi. 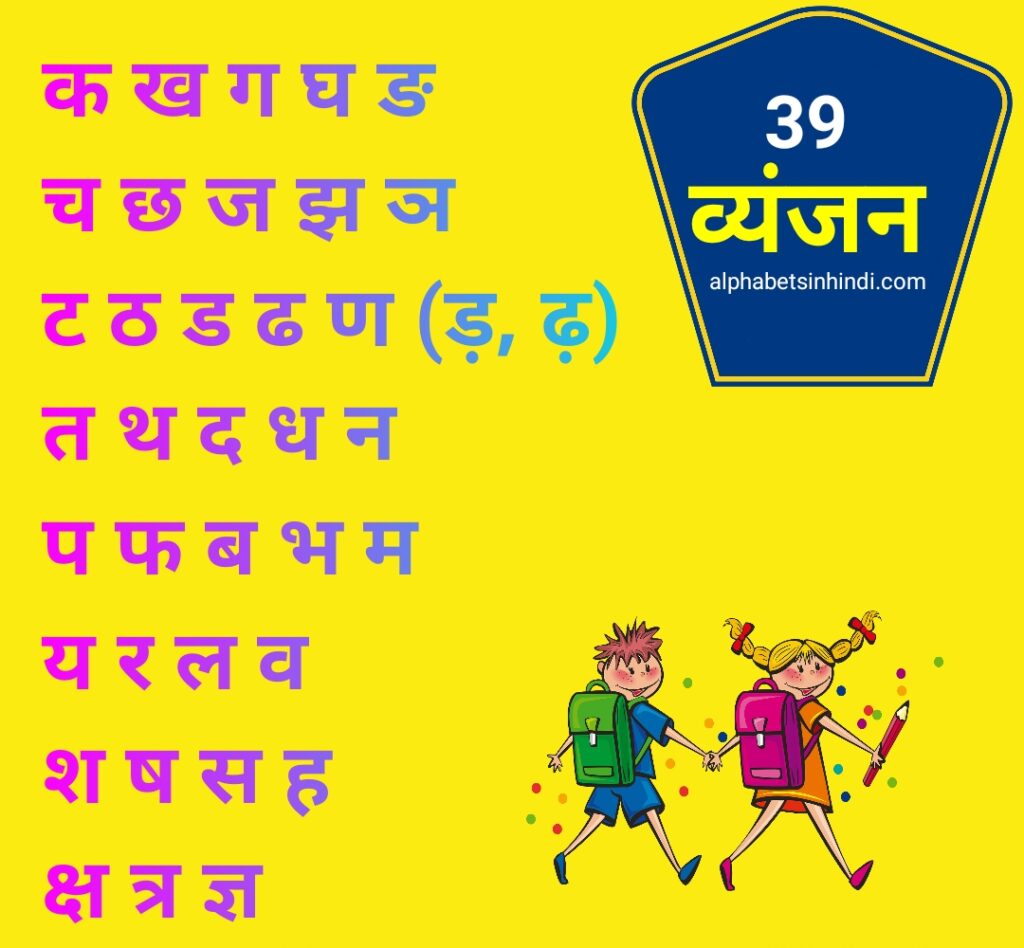 1 thought on “How Many Letters Are There In Hindi Varnamala”